Born in Paris in 1897, he studied and taught at the Ecole des Arts Decoratifs. He has exhibited in Paris, Lausanne, Venice and elsewhere. He is a first prize winner of the Venice Biennale.

At first glance nothing may appear simpler than an oil painting by Roland Oudot, but such lucidity and composure are not lightly come by. These qualities are not the result of gifts which the contemporary French painter has only to summon when and as he will. He has acquired his restraint by deliberately bringing together opposing forces and reconciling them, in order to make a convincing and consistent whole. In his art there is a wide, deep vein of Baroque nonconformity. A single Roland Oudot still life may combine effectively in a romantic dream-world a landscape, a mandolin, human and plant forms. There is a poetic, idyllic mood in many of his portraits. And in his art work one may also discern a classicism which seeks to eliminate the extraneously picturesque and to simplify the effects of light. For Roland Oudot each oil painting is a challenge and his particular strength lies in the tension which exists between the conflicting elements which make up his own complex nature and also figure in his work.

The French painter Roland Oudot graduated from the School for Decorative Art in Paris and initially started working in the field of screen-play together with Lon Bakst. His painted works were created during the period between the two World Wars. Oudot, along with Brianchon, is the most eminent figure of the group of Painters of the Poetic Reality (Les Peintres de la Realite Poetique) supporting the idea that concept that the “painting is not a laboratory experiment but an expression of experience. For me, says Oudot, art is only means. If the heart has no feeling even the best methods of expression become useless.” He works in all genres with a solid mastery that is beyond all short-lived trends. The wild landscapes and rough people of rural work are his main subjects. 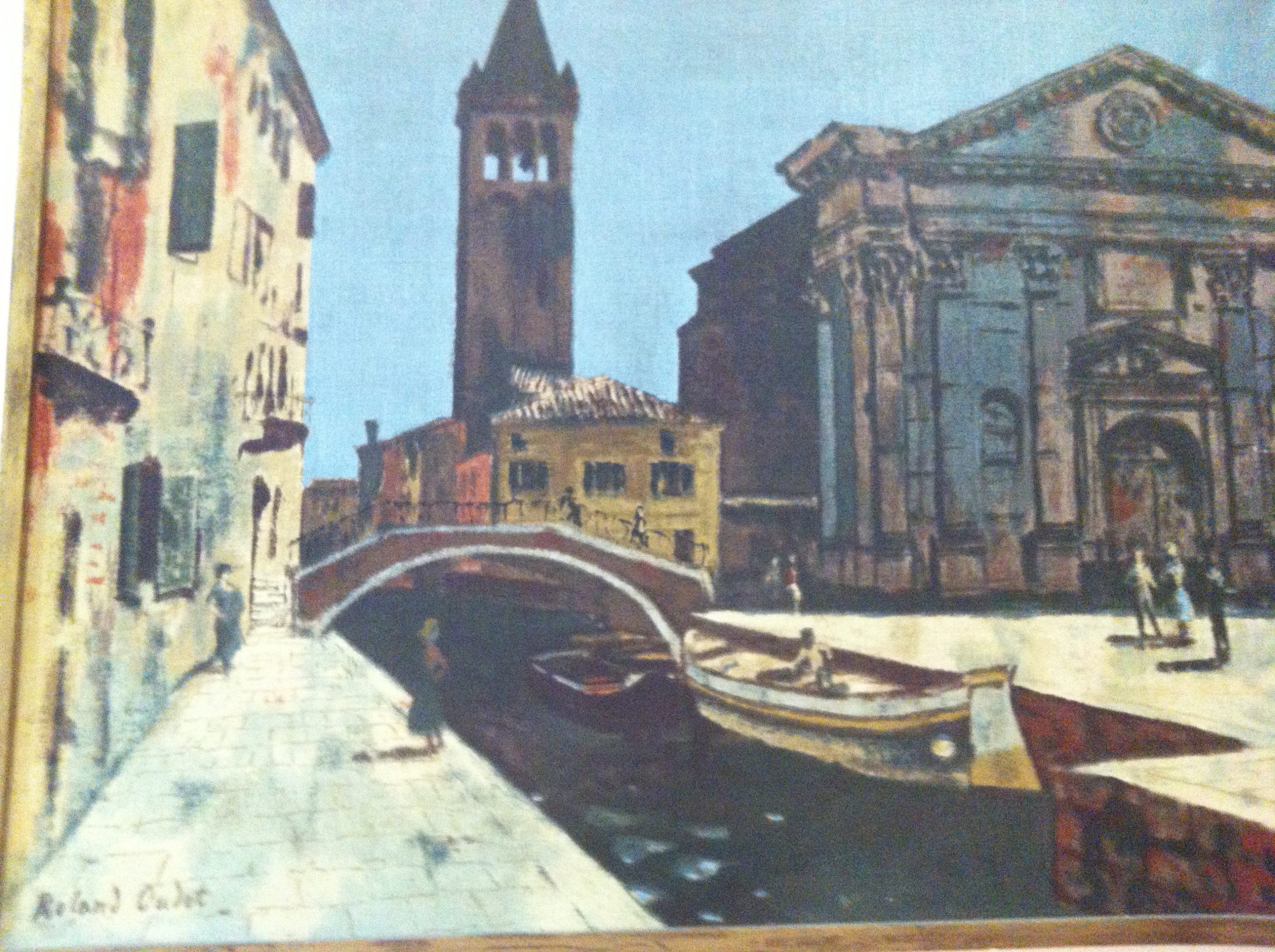 This beautiful and unique classical piece of art could be yours for only: